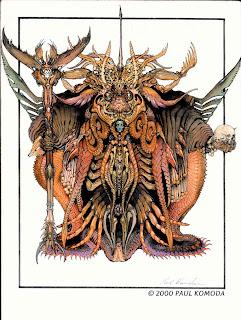 Paul started his sculpting career in New York City, creating highly detailed resin garage kits for a number of different companies including his own line of original creations.

Quickly gaining praise for his high level of detail and dynamic works, Paul eventually moved on to the toy industry sculpting action figures, statues, and prototypes. His clients include Marvel, D.C. and surrealist artist H.R. GIGER.

You've seen a few of Paul's sculptural works on this blog, but Paul is more than just a sculptor.

He is a phenomenal 2-D artist working with a wide variety of mediums from pen and ink to acrylics and watercolor...whatever gets the job done.

Paul has worked as a concept/character designer for a number of companies including Marvel and D.C. Comics, creating new and exciting characters that range from multi-tentacled creatures with mutant genitalia to angst ridden sexy goth girls like Juniper and Courtney. 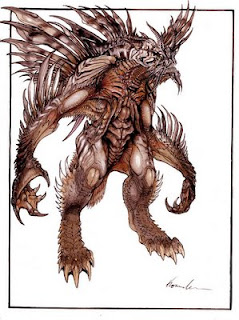 Anyone who's met Paul knows about his infamous sketchbook. Started in 2000, this tome of creative work is often carried with him everywhere he goes, always ready to add something new to it. It's an inspiring piece of work that is constantly changing and growing much like the artist himself. Within its pages are countless original creatures, characters, stories and worlds forever evolving.

Paul recently relocated to Los Angeles and has wasted no time, collaborating with artist Jordu Schell, Erick Sosa and many others.
Paul is also one of the founding members of Artist Proof Studio.

Below is but a small sampling of Paul's work. More will be revealed over the next few days so keep checking back. 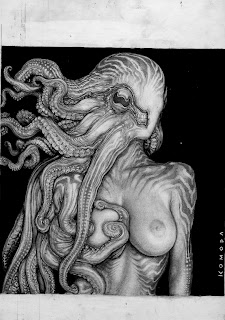 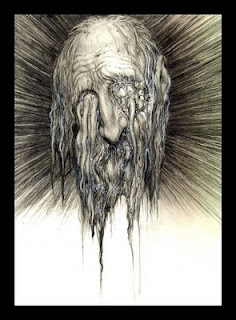 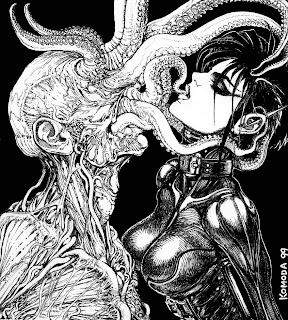 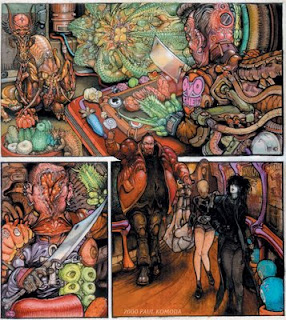 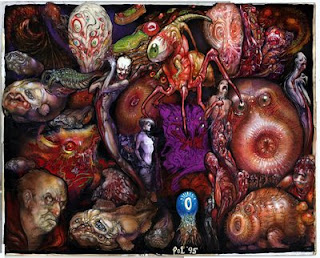 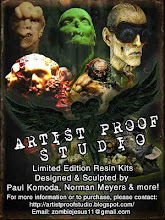